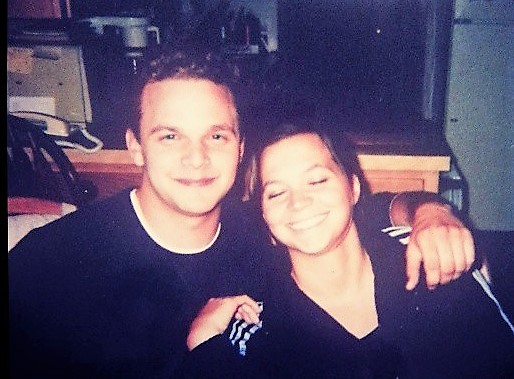 I can remember all the things about this day 11 years ago. Like they just happened. It was Good Friday. I flew to Arizona early in the morning. When I arrived the sun was hot and there was a fierce wind. I remember watching the traffic lights swing back and forth because of the wind.  I remember my sister in law, beautifully pregnant, making all kinds of small talk, so we didn’t get close to the conversation my brother (her husband) Josh would be having with me when I arrived at the hospital. I was good with that, I didn’t want to get near that conversation anyway. I still believed that the Lord was going to save my brother Matthew, so I didn’t want to hear how things looked or what the doctors were saying. The only that mattered {to me} was that I hoped and I believed.

I was a fairly new Christian this time 11 years ago. I had witnessed and experienced some amazing things with the Lord in those few short years I had been walking with Him. So I was excited, passionate, full of hope, I believed in miracles, not with some vague, ‘yea, God can do stuff,’ kind of belief. But with the depths of my soul, every fiber of my being, blessed assurance, kind of belief. I knew, witnessed and had experienced the radical power of prayer. When I first received the call about my brother (Wednesday) I heard my mom say that the doctors think he has bacterial menegitits, I felt like somebody punched me in the gut. I began calling everyone I could think of to call to ask them to pray for my brother and then, I began standing on the promises of the Lord, expecting and waiting for the miracle. I refused to think that my brother would die, refused to think that anything other than a profound miracle that would rise my brother up out of that bed, was coming. I had to have a procedure done Thursday and be put under anesthesia, my mom told me to go ahead, Matthew had survived the night so that was a good sign. I can clearly remember the look on the nurse’s face when I told her with tears in my eyes about my brother, in my head I dismissed what that look meant. Out loud I said, I know God is going to heal him. In my head I thought, she obviously didn’t know the Lord the way I did. When I was able to finally shake the anesthesia off that evening I was told we needed to go to Arizona. I had a moment of fear and then quickly decided this was just because I needed to go lay hands on my brother. And bonus, it was Good Friday. This is the day that all hope seems lost and then three days later, Jesus conquers death! So, I thought, {obviously} this was the Lord message to me. “Just you wait to see what I’m going to do.” I briefly considered taking clothes for a funeral and then quickly dismissed it, the Lord was going to save my brother, no need for funeral clothes.

My brother, Josh, met us at a side entrance and led us up the stairs to the ICU. We walked in to the cold gray stairwell, out of the sun, I can still hear the door slam shut, I hear it all the time. I knew that moment that I was not walking into what I assumed the Lord had done while I was flying there. I just knew I was going to hear good news. Again, I pushed the thought out as quickly as I could. Stand firm, secure, unwavering with blessed assurance on the promises of the Lord and “ye, shall receive.” We reached the floor of the ICU and my brother turned to me, I didn’t want to look at him or hear what he had to say. He told me the test had all been done and they all said the same thing, Matthew wasn’t going to survive this, decisions have been made.  Again, with more urgency this time, I thought he just didn’t know God they way I did and as soon as I got in there and laid my hands on him, miracle time.

If you are reading this, odds are you know me, at least a little, you know that my brother does not live. He died. On Good Friday. The Lazarus miracle did not happen. We’ve been living with these memories of standing beside my brother’s bed in the ICU holding on to him as if we could will our live into his or hold him tight enough so that he wouldn’t die. It didn’t work. Neither did my prayers, the prayers of every prayer warrior I knew, the prayers of every believing person I knew. Didn’t work. Believing, standing, trusting, agreeing, proclaiming, praying over, through, casting out, blessed assurance, didn’t work. My brother died.

I remember Resurrection Sunday 11 years ago. I didn’t feel like or care to celebrate a Risen Savior. I remember thinking, what good is a Risen Savior who doesn’t save. What good is prayer and faith and believing if it doesn’t work. I had constantly had two thoughts rolling over and over in my head, He was not the God I believed Him to be, He was a cold, distant, uncaring, unloving, forsaking kind of God and maybe I wasn’t a good enough follower, maybe I had gotten it wrong, maybe those occasionally doubts made the belief ineffective, did I have some {un}confessed sin that had blocked the miracle and in essence killed my brother? These two thoughts rolled around with the grief, the pain and the constant thoughts of just how unfair this all was. There was no way I would or could celebrate a Risen Savior on that Resurrection day.

I spent several years wrestling with these thoughts. I needed things to make sense. Here I am 11 years later and those things above, they still don’t make sense. Here I am 11 years later with more memories and more stories of unanswered prayers, loss, grief, things believed and not realized. Those two thoughts often fight to gain entrance to my mind and my heart, God is not good and kind and loving and perhaps I haven’t done enough, prayed enough, been good enough. I’ve learned in these 11 years that those are the thoughts I must dismiss quickly. Actually I’ve learned those are the thoughts I must take captive, wrestle them down, duck tape the up and throw them back through the gates of hell. Here’s what I’ve learned* in 11 years:

2. None of that above, ever looks or feels like I think it is going to.

Here’s what else I have learned, loving people is the best thing we can ever do on this Earth. It is also, without a doubt the most painful thing we will ever do on this Earth.  I’ve learned that when my world is falling apart and I want to turn my back on God and people and life, He will find a way to speak to my heart, almost always through other people. I’ve learned that I can and in fact do survive and eventually thrive and eventually, even find a way to be grateful for those times when everything hurts and nothing seems fair.

Today, this Good Friday, 11 years since we had to say goodbye to my baby brother Matthew, I am thankful that I had the opportunity to love him and to know him. He really was just one of those really great, really fun, really full of life, love and laughter kind of person. I wonder if I would know how to love, if it wasn’t for him. He taught me so much about life in his too few years on this Earth. I would choose every single day for the rest of my life to suffer the loss if it was the only way I could have known and love him. I miss him terribly and would just about give anything for him to not be gone. I won’t give up spending Eternity with him. I am grateful we have a Heavenly Father who keeps His promise of Eternity. Matthew dying has taught me that you never know what tomorrow holds, love fiercely and deeply and laugh as much as you can, there is and will be a Good Friday coming.  I am grateful for friends who have endured this 11 years with me and the ones who have chosen to come along side me, carrying me at times, sitting with me at others, loving me, encouraging me and reminding me how much fun it is to laugh. As I was writing this, the very first person I called after we left the ICU room, walked into my shop, haven’t seen her in a few months and she came at the prompting of another friend. That’s a loving God, who knows my heart hurts and sent a visible, physical reminder that He loves me, He sees me, He knows.

If anything, this 11 years has taught me that there is so much pain and darkness in this world. Being full of passion, hope, excitement, love, and belief is our only protection against it. 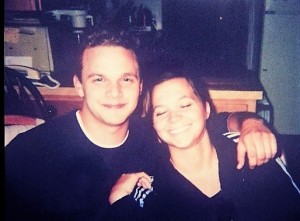 This is one of my favorites of the two of us and one of the last together. I’ve always wished my eyes were open (waaaayyy before digital) but today I think it just seems to fit just right.

*I hesitate to say “I’ve learned” anything, I am constantly, almost daily, learning that I don’t really “know” anything. 😉 But that’s a post for another day.

This site uses Akismet to reduce spam. Learn how your comment data is processed.